From its location, timing, and ticket price to the history of the ancient Gandhara civilization that it represents, learn everything about Taxila museum here!

Here are some of the main artefacts that you’ll see in Taxila Museum.

All of these items belong to ancient Gandhara civilization dating to BC era. 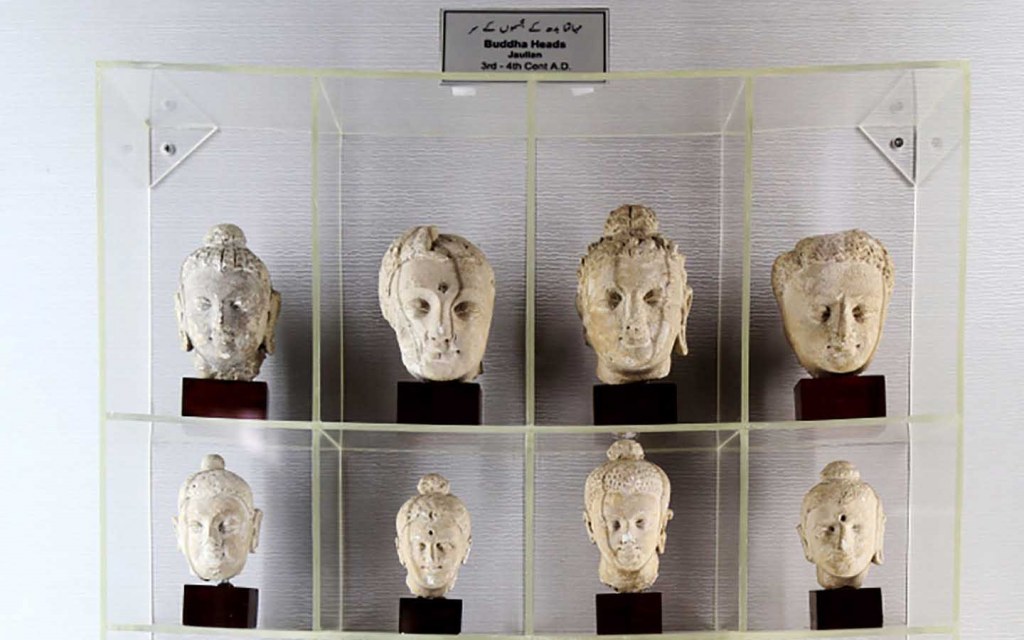 Taxila museum ticket price is PKR 20, as of now. That’s quite reasonable!

Taxila Museum is located in the Punjab province of Pakistan, approximately 30 kilometers north of Islamabad. It is located off of the well-known and historic Grand Trunk Road, on the Kalabagh-Nathia Gali Road (N-125) at just a 5 minutes’ walk from Bhir Mound in tehsil Taxila of district Rawalpindi. 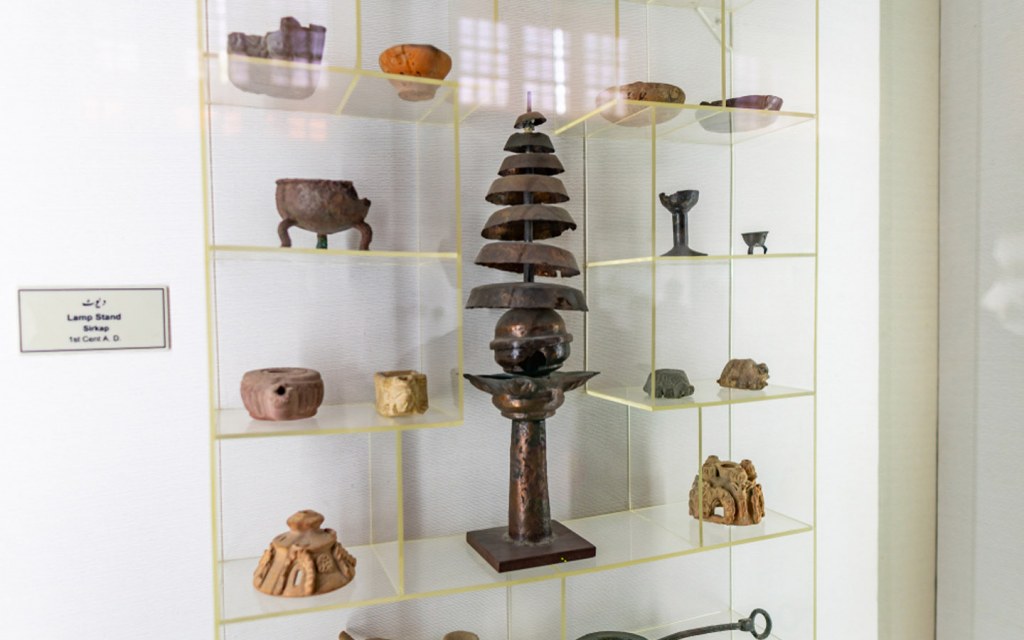 When it comes to ancient history, Pakistan has a plethora of riches, one of the most notable of which is the ancient metropolis of Taxila. In fact, Taxila museum perfectly represents the archaeological site of Taxila, which is a remnant of ancient Gandhara civilization.

About The Gandharan city

The Gandharan city, was one of the civilization’s capitals, whose history can be traced back to early microlithic settlements in the Khanpur caves until approximately 1000 CE.

Taxila was a Buddhist hub, a learning center, an urban metropolis, and a crossroads for a variety of civilizations, including the Mauryans, Parthians, Achaemenids, Kushans, Greeks, Huns, Scythians, and finally Muslims.

The contemporary archaeological area of Taxila is made up of 18 culturally significant monuments that were all inscribed into the UNESCO world heritage list in 1980 CE.

Prehistory of Taxila – Who were the first human settlers?

The first human settlers in the region were microlithic hunters who lived before 3500 BCE, most notably in three significant caves found by Elden Johnson of the University of Minnesota in 1964 CE at Bhamala, Mohra Moradu, and Khanpur. 2.9m (9 feet 7 inches) of cultural deposit was discovered in the Khanpur cave, dating from 900 CE all the way back to the stone period.

The tiny mound of Saraikala, discovered by Ahmad Hasan Dani, a pioneering archaeologist of Pakistan, shows that early agricultural societies formed approximately 3500-2700 BCE. “Tiny” is relative, since it is 305 meters (1000 feet) east to west and 610 meters (2000 feet) north to south. There is evidence of stone, bone, and handcrafted ceramics at this location.

The Bronze Age began in the region about 2700-2100 BCE, as indicated by the fact that there is no hiatus between the end of the Neolithic and the beginning of the Bronze Age deposits at Saraikala.

The stupas have come to symbolize the pinnacle of Buddhist architectural achievement in the region, and they are, like the artwork, entirely intended to support religious power systems.

The stupas themselves were embellished with a plethora of relief panels and friezes portraying religious themes and events, enhancing their significance.

The following are some of the most well-known stupas:

This is the greatest Buddhist foundation in the Taxila region, and it originates from the time of Ashoka, the great Mauryan emperor who unified India in the third century BCE. Some Buddhist texts refer to him as Dharmaraj, which is also the name of the site.

Most academics think that Dharmarajika is one of the places where the Buddha’s bones were buried, therefore classifying it as a relic repository stupa or Dhatu-Garbha stupa.

Due to his governorship of the province during the reign of his father Bindusara, Ashoka picked Taxila as one of the places to reenter the historical Buddha’s bones.

This stupa is linked to Kunala, Ashoka’s son, according to mythology. Kunala was the governor of Taxila at the time, and his stepmother was enamored with him. He rebuffed her overtures, and she became enraged, sending a forged Ashoka note to Taxila, requesting that the authorities blind Kunala.

Kunala accepted the sentence despite his innocence and went on to live the life of a traveling minstrel, singing anonymously about his tragedy. While roaming India, he came across Ashoka, who recognized him as his son and believed the narrative to be true, and took him back, after which Kunala’s sight was miraculously restored at Bodh Gaya.

Mystery Behind the Decline

Although the prevailing assumption has been that the White Huns or Hephthalites were to blame for the destruction of Gandhara, new evidence has revealed that this is not the case. There was a resurgence of the Brahmanic religion in India proper at the period when the White Huns were ascending, and Vishnu and Shivaite cults were gaining influence.

This was interpreted as a revival of the ancient faith in reaction to Buddhism’s 1000-year domination in the region, a religion that had devolved into a shadow of its former self, with the decadence and grandeur of monasteries and stupas overshadowing its original message.

At this time, Buddhism had spread far north into China, while Hinduism’s power in India was waning. Although the arriving White Hun rulers were not physically destructive to the region, they were spiritually oriented towards Shaivism, and their patronage of Buddhism in Gandhara was non-existent as a result.

Because the whole nature of this area was built on the uniting factor of Buddhism and monastic life, a sharp drop in royal funding rendered the huge and luxurious monasteries, with their thousands of pupils and monks, unable to sustain themselves.