It was 6th January 2014. Some boys were standing outside the school gate of Government High School of village Ibrahimzai in district Hangu of KPK when a 25 or so year-old man approached the school gate. When one of the boys asked the stranger why he was entering the school, he said he was there to “take admission”.

But it didn’t take long for the students to notice that something was off. Militancy and sectarian violence were the order of the day in Hangu’s Ibrahimzai village at the time. The bombing of public places and football ground were not unusual for these school boys. In fact, it has been happening in their abode for decades now.

As they spoke with the stranger, one of the boys caught glimpse of a detonator placed inside on the man’s vest. Panic ensued and everyone ran inside the school. Everyone, but one boy. He was a 15-year-old boy with a relatively big stature than most kids his age. In the next micro-seconds, the boy has clearly thought out his plan of action.

He leaped towards the stranger and grabbed him with all his might. In the next few moments, the stranger did all he could do to break free of the boy’s grasp and make it inside the school – but he simply won’t let him have his way. The stranger gave in at last and detonated his explosive-laden vest there and then. Both of them died. The stranger was a terrorist from Lashkar-e-Jhangvi. The boy was Aitzaz Hasan Bangash.

Ironically, Aitzaz’s friends used to tease him due to his big stature, saying “there is little that a bomb can do to hurt you,” and adding that he would not be able to run away to save his life in such an event. 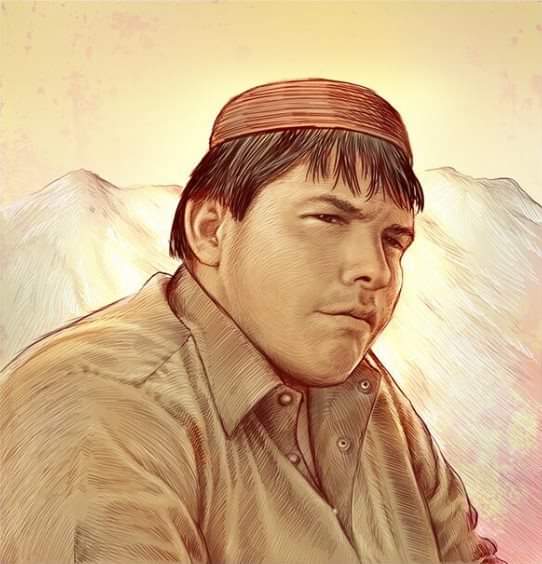 The boys would frequently talk about suicide bombers, often asking one another how they’d respond if they ever found themselves confronting one? Maybe it wasn’t a spontaneous decision after all. Maybe Aitzaz had always planned his course of action. Or maybe he just wanted to show his friends and schoolmates what he’d really do in such an event.

No one knows what went on in Aitzaz’s mind when he decided to tackle the suicide bomber instead of running away and trying to save his life. What we all know is that he willingly decided to sacrifice his life and saved the 700 boys in the morning assembly that day.

The last time they talked about it was two days before Aitzaz died, sitting up there on the hill where the school is, the one he died protecting, the one now named after him. Given his girth, they told him, he wouldn’t run for his life in an event of what unfolded on 6th January 2014.

We might never know what went on in Aitzaz’s mind when he decided to tackle the suicide bomber instead of making an attempt to save his life. What we know is that he willingly decided to sacrifice his life and saved around a thousand boys present in the school that day.